Families across Virginia are facing the highest inflation rates in 40 years. Prices have increased across the board: Over the past year, a gallon of milk increased in cost by 26 cents, and gas went up by 83 cents per gallon. All the while, the cost of rent and energy bills have increased since last year for the average Virginia household.

It’s no wonder that many Virginia families feel like they’re being squeezed on all sides, with rising expenses and shrinking budgets. While we’re all feeling some impact of inflation, the impact is most severe for Virginia families making lower incomes and living paycheck-to-paycheck.

A recent study by the Wharton School of the University of Pennsylvania found that “lower-income households spend more of their budget on goods and services that have been more impacted by inflation.” According to the study, the wealthiest families felt less of an inflation impact as a percentage of their spending, while lower-income families felt a more severe impact. These families face tough choices such as whether to buy enough gas to get to and from work or how to buy enough groceries to feed their families.

As Virginia’s legislature hammers out a budget this month, leaders should prioritize tax relief for the families hardest hit by inflation. After all, that’s the promise they ran on during the campaign season. The House proposed budget relies on a $2.1 billion tax cut — doubling the standard deduction — which would provide zero tax benefit for 80 percent of the 800,000 Virginia families making under $24,000. In short, the people hardest hit by inflation would get little-to-no relief under the House tax plan.

But, there are two tax relief measures that the legislature should pass to provide immediate relief to the Virginians most hurt by inflation.

First, legislators should implement a refundable Earned Income Tax Credit providing an average of $500 back in the pockets of hundreds of thousands of Virginia working families this year. More than 600,000 of Virginia’s families already receive the federal EITC, and refundability would provide a tax break for families that need it most. Plus, the targeted EITC program would only cost $420 million, a fraction of the $2.1 billion standard deduction plan.

Secondly, legislators should provide a parent-friendly one-time direct relief to Virginia families who need it the most. Under the Youngkin administration’s one-time tax relief proposal, a single adult earning $200,000 would receive the same one-time relief payment of $300 as a single parent with two children earning $30,000. Instead, legislators should revamp one-time tax rebates to tie relief amounts to household size for low- and middle-income families. Targeted tax relief is one of the strongest ways we can show that parents matter.

In making these changes, Virginia legislators can choose a fiscally responsible option that finally addresses Virginia’s upside-down tax code. Currently, Virginia taxes hit median and low-income families the hardest. For every $10,000 in income, lower-income Virginians pay $980 in state and local taxes, while the wealthiest 1% pay only $700.

Virginia needs tax policies that help families get money back in their pockets to deal with rising prices as a result of inflation. Providing targeted tax relief to those who need it most will ensure these families get the opportunity and tax relief they need, while protecting Virginia’s long-term fiscal health. Virginians need their government to keep their promises and work for the people who need help most. 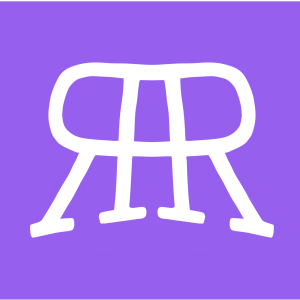 Help get the word out by sharing

After months of deliberation, the Virginia General Assembly passed their 2022-2024 biennial budget June 1, making several noteworthy investments in middle-class families. The budget passed in the Senate on a

Families across Virginia are facing the highest inflation rates in 40 years. Prices have increased across the board: Over the past year, a gallon of milk increased in cost by 26 cents,

RICHMOND, Va. – The Virginia Senate passed two bills that will expand access to paid sick days across the Commonwealth. SB352  will provide paid sick days to more than 120,000 frontline

Stay up to date with Freedom Virginia news, polls, and events